I created the initial version of this game for my adult boot campers many years ago, and have since adapted it several times to work for my various children’s programs. (The adult version was a big hit and tons of fun, but I’ll save that for another post!)

I like this game for a few reasons. First, it requires strategy in addition to the physical component so it keeps kids engaged throughout the entire game. And secondly, (but a big one!) as a facilitator it is relatively easy to keep things under control and orderly.

Another big plus is that it can be modified to work for both indoors and outdoors, all age groups, and numbers of players. This particular version is one I’ve used for classes in the age ranges of 5-7 and usually about 12 kids per class, but it can be modified for even a few kids.

A.  Printed cards depicting 2 sets of 6 exercises in 2 different colors (you’ll end up with a total of 24.)  The cards pictured below are the ones I use most often for this age group.  If you want to save yourself some time, feel free to print these for your own use.

Get a free download of the below cards here! 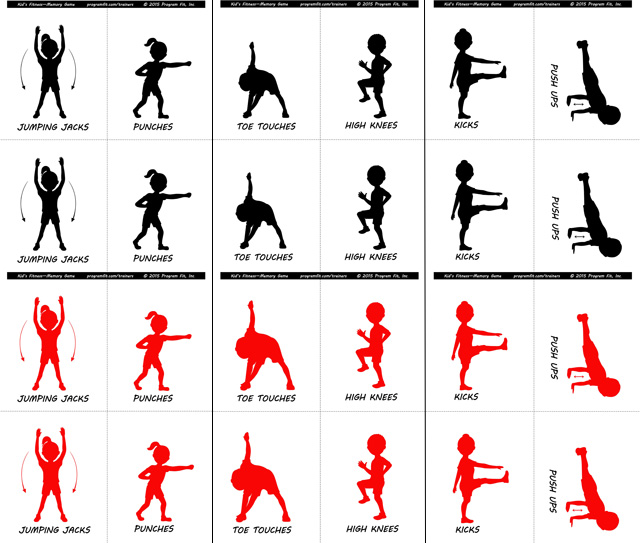 B. A way to “house” the cards (see notes below for examples.)

Set up: (see diagram A below) 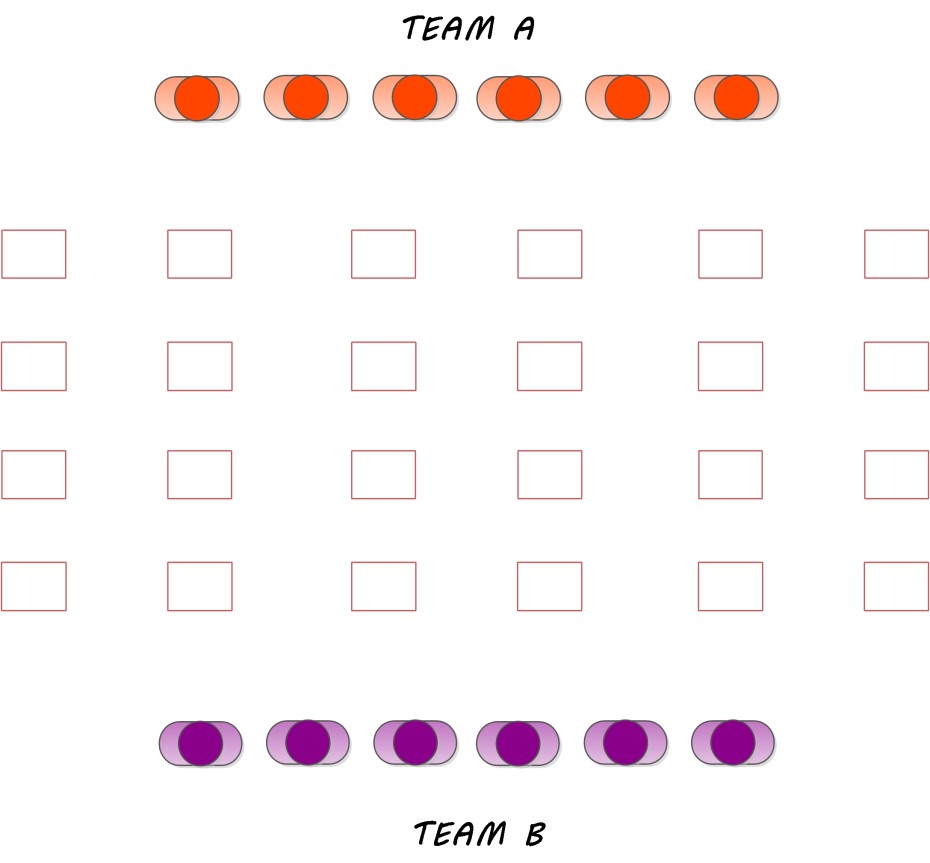 This will take a bit of time initially, but if you do it right, they’ll last a while and you’ll be able to reuse for several seasons. 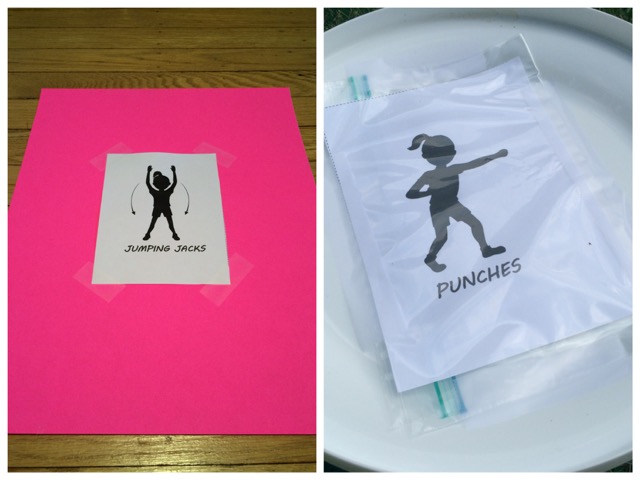 Hopefully this game works for you as well as it did for me.  If you try it successfully, please share.  And if you have any variations that worked well, please share!